We stumbled out of the woods and into this scene of carnage. 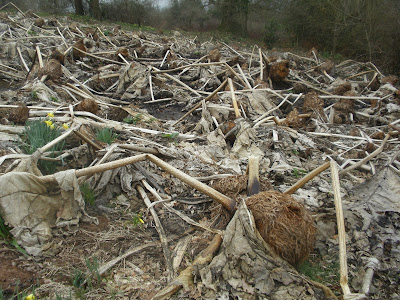 But for us they were so much more.

Here lie the remains of the arachnid hoard, cut down on the battlefield and left to bleach in the winter sun; legs broken at angles, brown bodies cold in their slaughter.

They lie just outside a rather fine gothic pile – and we decided they must have attacked in the dead of night, creeping in the moonlight out of the forest and over lawns, sweeping and trimmed.

But who thwarted their attack?

Was it the gargoyles and grotesques that line the roof - watching - protecting the house from invaders? Or was it something else?

And there, in the dining room, lying on a table between the cutlery and candelabra - a clue…. A sonic screwdriver!