It’s Eco-Week over on the Guardian’s Children’s site, and a variety of authors have been contributing articles on all sorts of eco-related themes, from Piers Torday talking about why Cli-Fi isn’t Sci-Fi to Helen Skelton talking about how her kayaking expedition up the Amazon inspired her new book.

I was also fortunate enough to be invited to take part and today my top tips for writing an eco-adventure story goes live.

So do head over there and take a look – Here’s the link - and tonight why not join all the authors for a twitter chat #GdnEcoChat between 7 – 8 pm (UK time). I’ll be there and I’ll be happy to answer any questions you may like to ask
Posted by Kate at 09:00 No comments: Links to this post 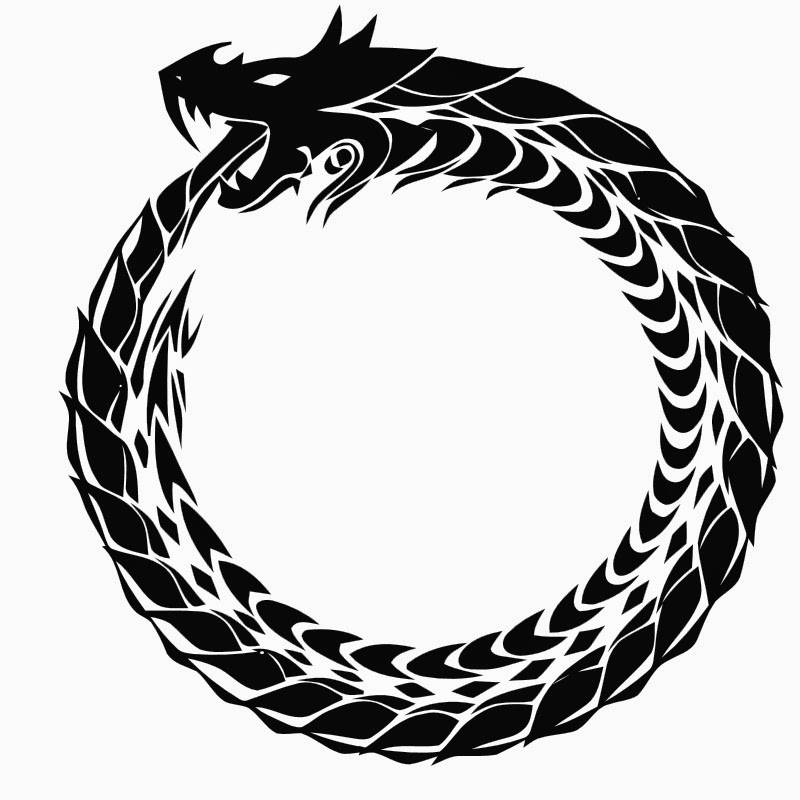 It is an ancient symbol, the ouroboros, a serpent biting its own tail, as ancient as recorded history, and maybe older. It is a symbol common to many cultures, from the writings of ancient Egypt – where the snake god Mehen coils around the sun God Ra and protects him during his journey through the night - to the Norse legends of the serpent Jörmungandr; a creature so large it encircles the entire Earth, biting its own tail. When it lets go the world will end.

It is a global image, transcending cultures, found not just in Europe and the Middle East, India and China and Japan, but also in the art of Native American Indian tribes, and the Aztecs. The ouroboros truly is a symbol that encircles the world.

But what of its origins? What ancient mysteries does it seek to answer? Did our ancestors stare up at the marvels of the sky and see the Milky Way Spread above them like a serpent across the heavens? Did they wonder at the cyclical nature of the seasons, of day and night, of life itself? Does the ouroboros in some way encompass all these things; life and death, the universe, eternity?

I started keeping this blog shortly before I sold my first short story, to record my journey as a writer and share the things I learned along the way, celebrating each story sale and good review. So, as I bring my short stories together into one volume, it seems fitting that the title of this blog in turn has become the title of my collection – The Scribbling Sea Serpent has come full circle – a bit like the ouroboros!

So it is doubly fitting that this image of the serpent biting its tail, this ouroboros, symbolic on several different levels, should appear, not just on the cover of The Scribbling Sea Serpent, but also as a chapter heading at the start of each new story.

Expect to see the cover on here very soon. I can’t wait to share it with the world.

In the meantime do check out some of the other titles CFZ Publishing has out under its Fortean Fiction imprint.
Posted by Kate at 10:00 2 comments: Links to this post