I couldn't resist posting this, having seen the launch pad in preparation less than a month ago. It would have been something to be there and watch the actual launch!

I've always been fascinated by Mars... by the intriguing possibility that there may once have been life there...

So what will they find I wonder?

A Tale of Two Cats

I have a pink begonia on my kitchen windowsill. It’s starting to fade now but it has been beautiful all autumn. Lots of people have admired it, and when they do I tell them its story.

Back at the end of the summer, as I was waving my husband off to work, I spotted a badly injured cat dragging itself along on the opposite side of the road.

Well I couldn’t just leave it could I? But I did recognise it. This was a cat my children often saw, lying in the sunshine outside a row of houses in the lane opposite, who they would stop to pet.

So off I went knocking on doors.

Now it seems that everyone around here owns a black and white cat. (myself included). The people from the first door I knocked on went sprinting down the road in a panic – it wasn’t their beloved Skunky but they thought they knew which house it came from.

So I found his owner. He was called ‘Little’ (probably because he wasn’t) and we rushed back to where he lay being comforted by my kids. I fetched my cat basket and a blanket and we carefully lifted him in. And off she took him to the vets.

Later that afternoon her sons called round to return my basket. Inside she had put this lovely begonia to say thanks. Sadly Little had been put down. But every time I look at those lovely pink flowers I think of him.

And now Skunky has gone missing. His owners are putting up posters all round the village. I really hope he comes home soon.

Mimsy is curled up on my knee as I type. Today she will be getting extra big cuddles.
Posted by Kate at 08:23 6 comments: Links to this post

Email ThisBlogThis!Share to TwitterShare to FacebookShare to Pinterest
Labels: pets

A while ago I linked to this fabulous 'After the call' series that Caroline Tung Richmond has been running over on her blog.

Well this fascinating post has just gone up over at the Greenhouse blog which tells the same story only from a Agent's perspective. Check it out!
Posted by Kate at 20:13 2 comments: Links to this post

In the hills behind my house is a network of footpaths and on one a sign saying ‘Hell Bottom’. So I decided to follow it and see where it led, and I came to this place. 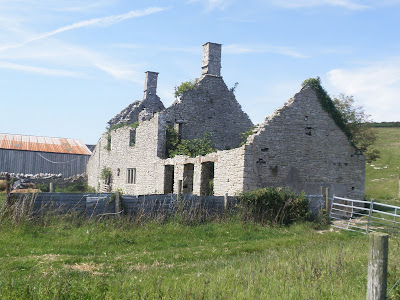 It’s been a fine house in its day but I can’t help wondering – Who lived here? What happened? Why did they leave?

What a brilliant hideout it would make for one of my characters!

And why on Earth is it called ‘Hell Bottom’?
Posted by Kate at 12:50 5 comments: Links to this post

I’ve been rather quiet in the cyber world recently – you may not have noticed since I left a couple of posts programmed in to appear while I was away – but I’ve been in Florida, doing the Disney thing with the husband and kids.

For me the highlight was this place – the Kennedy Space Centre - just look at all those lovely rockets! 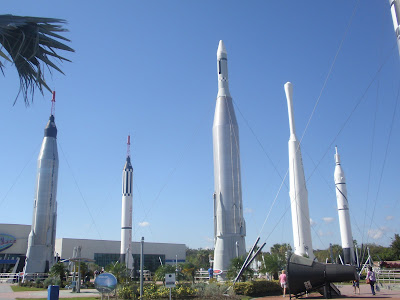 It’s incredible, isn’t it, to think that we sent men to the moon with 1960s technology in space craft with less computing power than I have on my mobile phone! It just goes to show what we can achieve if only we put our minds to it.

So here I am back to October rain and falling leaves. But there was a nice surprise waiting for me – my contributor’s copy of the September issue of Aoife’s Kiss which contains one of my short stories ‘Down to the Sea’. This story was accepted over a year ago and I’d quite forgotten about it.
Posted by Kate at 08:09 14 comments: Links to this post