Sooner or later you characters are going to have a conversation – preferably sooner because dialogue breaks up a page of text, making it easier on the reader, as well as being an essential device for moving the plot forward. But it’s all too easy for dialogue to come across as stilted and contrived. So here are a few tips to help you make your dialogue shine.

Many new authors are afraid of using ‘said’ or ‘asked’ and replace them with words such as ‘retorted’, ‘sniggered’, ‘growled’… I could go on – there are endless possible substitutions – but my advice on this is simple. Don’t!

Keep to using ‘said’ and ‘asked’, for these two words have a tendency to become invisible whereas words like ‘shouted’ and ‘murmured’ scattered throughout the text distract from the dialogue itself. There are far better methods for showing the reader how something is being said, without resorting to telling them, and that is something I will be coming on to below.

And as for a page of repeated ‘he said’ and ‘she said’? Well again, there are ways of avoiding this. Read on….

So what are the purpose of dialogue tags? Well, quite simply, they exist to show the reader which character is speaking. So if it is clear from the context of the conversation who is speaking, then dispense with the tags.

But it must be clear who is speaking. An unbroken spool of dialogue with no dialogue tags and nothing else going on will soon become confusing, and if there are multiple characters involved in a conversation then it is vital that the reader is always clear about who said what.

Sometimes dialogue tags will be the best way to achieve this. But there are other methods too .….

You’ve heard it before but I’ll say it again, avoid the use of adverbs as much as possible. I’m not saying never use them. As with all types of language they form part of the writer’s arsenal, but should be used with caution and only when absolutely necessary.

The problem with adverbs is that they often reflect lazy writing, and this is particularly true in dialogue.

Adverbs are often used to enhance a weak verb, so, instead of a weak verb plus adverb – use a stronger verb!

And with dialogue – instead of saying “He said angrily” show the reader that the character is angry, both through the actual words the character uses – and the next point that I am going to discuss …

Include action in your dialogue!

Your characters are not simply talking heads – they are living breathing entities and as such their actions will reflect their words. Think about how your characters react as they speak. Do they slam their fists on the table in anger and frustration? Are they bored and staring out of the window at something more interesting?

Use action to set the scene, show the reader what the characters are feeling and how they are reacting to the conversation, and also use action to show us who is speaking at any one time. But action is only part of the story….

And now to the content of the conversation itself.

In real life conversations have a tendency to drift off at a tangent, or include in-jokes and banter, or for one person to waffle or maybe change the subject entirely.

However, as a writer we are not reproducing a conversation in its entirety. We are not trying to reproduce real life.

A conversation in a story is there for a reason. It is there to make a particular point or as a plot device, and for this reason it should be tight. The dialogue should move the story forwards, or give some insight into a particular character. In other words it should serve its purpose. Keep it relevant.

Also the words themselves should betray the feelings and hidden agendas of your characters, as well as how they are saying it, think about what they are saying.

Now bring this to you dialogue. Let your characters interrupt each other. Let them be rude.

Finally think about where the conversation is taking place. Is there any way you can bring movement to the scene? For example, instead of staring at each other across an empty table why not move them outside onto the street and have them walking? Put them somewhere that offers more scope for action and scene setting.

If you are writing a scene where the dialogue feels stilted and you’re struggling to show how your characters are feeling then try writing it again set in a different location. It can make a big difference. Use the setting to add richness.


I hope you find these tips useful. If you are looking for more writing advice check out the Tips for Writers tab on the menu bar above.

Posted by Kate at 09:00 No comments: Links to this post

Self Publishing: Pitfalls and How to Avoid Them - Part 2 (Guest post by Celia Moore)

Having self-published my debut novel Fox Halt Farm, I thought I’d share a few more of the mistakes I made. I talked last week about my cover (here is the post if you would like to start at the beginning).

I hope this might save other indie authors time, money and worry.

3. The interior design is crucial too

I watch when people pick up my book. All pause on the cover and I always expect them to turn it over to read the back – just like I would but some don’t, some people flick the pages – some read the dedication, some wade through a random paragraph of text. I find it fascinating trying to imagine what they are thinking and how they are judging whether they will enjoy reading my novel. 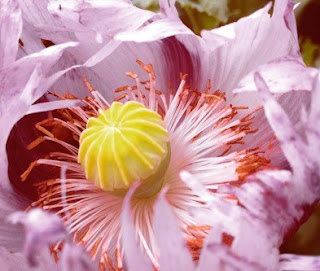 I love a thick book with an intrinsic plot to savour – I want to be taken to another place and live there as long as possible, I don’t want the end to come, so it’s important that the book is thick and the font isn’t too large – but not so tiny or faint that I am going to struggle to read it. There are fonts I dislike too, the type must easy to read.  I want a simple layout but I can be impressed when the chapter titles reflect the cover design.

I changed the dimensions of my book and reduced the font size by 0.5 so its thickness didn’t feel uncomfortable to hold. There are so many factors to bear in mind.

The lesson I learnt was that the layout is really important. Always try to keep in mind that a potential purchaser could open your book on any page and their initial scrutiny has to be positive.

Initially, I didn’t think an editor was within my means, I didn’t have any budget for writing my book and I had good friends who had read my initial drafts.  They picked up spelling mistakes, told me about holes in my plot and said candidly about the places where it was slow or awkward to read.  I acted on their feedback and then employed literary consultant Melissa Eveleigh who gave me a wonderful summary of more things to work on. I rewrote and rechecked for typos and I was ready to publish.  Okay, so I still had a niggling doubt about my ending but that was all – the rest was perfect!

Two things led me to my editor, one was the need for reassurance about my ending and the second, was the gentle prompt from the wonderful book blogger Anne Williams (of Being Anne) – this lady read the first pages of my ‘final’ manuscript and said in the nicest way that I needed someone to check my manuscript again. 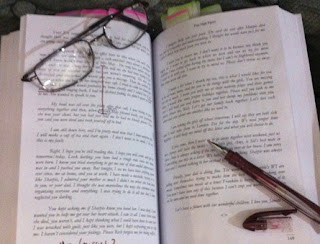 I think the testimonial I wrote for Amanda Horan, the editor I found, says it all – I have shortened what I said, ‘My debut novel Fox Halt Farm has been a massive undertaking for me… I have invested hundreds of hours in it whilst trying to work full time, and it has been a massive mental and financial outlay.  Amanda has been the best thing to happen to me on this journey… Amanda opened my eyes to so many things that were wrong with my original manuscript. She confirmed my doubts about the parts I wasn’t sure of and provided appropriate and well thought out solutions…I feel like I have been on a creative writing course…’

My editor made my writing better. She highlighted bits that weren’t phrased well. There were paragraphs that were obsolete and other places in need of expanding. She highlighted where my characters weren’t interacting in a realistic way. The edits were all my own because Amanda just showed me where the rewrites were needed.  I still feel the book is wholly mine but the changes left me with a book that I am chuffed about. I love the revised ending and I feel very excited about sharing Fox Halt Farm with the world.

The lesson learnt is that a professional editor is essential – he or she will read your book from the reader’s point of view – they will add the polish and best of all, if you find an editor like Amanda then their suggestions will seem obvious. It will feel like they are just shining a torch on the bits that need changing and then shining it again to show you which direction to head in. 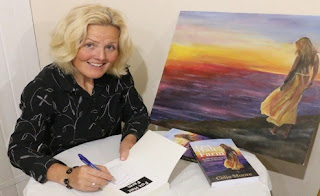 Celia Moore (1967-now) grew up on a small farm in Devon and had a successful career as a Chartered Surveyor working in the City of London before working her way back to Devon.

In 2000, she left the office life behind to start a new adventure as an outdoor instructor, teaching rock climbing and mountaineering amongst other things and managed an outdoor residential centre until she met her husband. Today she gardens for a few lovely customers, runs and writes accompanied at all times by their border terrier cross jack russell puppy Tizzy

Her debut novel FOX HALT FARM is a change-of-life set over two decades inspired by some of the experiences her life.

Posted by Kate at 10:00 No comments: Links to this post