On Saturday we headed inland for the launch of Natasha Solomon's novel 'Mr Rosemblum's List'. I have been following Natasha's blog for some time now and it was lovely to finally meet her in person. 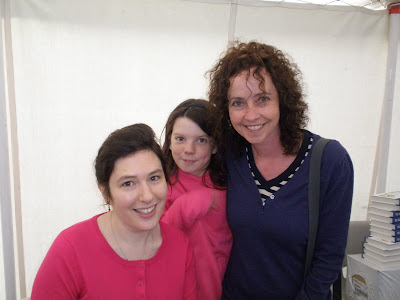 The village hall was all decked out with bunting, and cream teas were being scoffed. Natasha read from her book - a piece describing the very hall we were all sitting in.

And we even spotted a wooly pig (but for some reason blogger has decided not to let me upload the picture I took of it!!)

As for the book I bought - I'm really enjoying it!
Posted by Kate at 18:39 2 comments: Links to this post

Another short story sale to The Absent Willow Review!

This one, a Sci Fi tale called The Sea and The Sky will be going live in May and is my second story to find a home with this market.
Posted by Kate at 08:07 5 comments: Links to this post

Where do these characters come from?

It’s strange, isn’t it, how a character can suddenly turn up and make him/herself known to you. As if to say

I’ve just had one such character walk into my WIP – quite literally – he just opened the door and walked into the room. I hadn’t planned him, and while I was writing his scene I was puzzling over him. Why had he appeared now? He clearly had a part to play in all this – but what?

“Well,” I thought. “I can always delete you later.” So I carried on writing.

And a few days later it hit me! He actually has a crucial part to play in this story – I need him!

But how come he knew this before I did?
Posted by Kate at 18:37 5 comments: Links to this post

I often see writers being asked where they get their ideas from, and this always strikes me as a very odd question. You see stories are all around us, everywhere we turn; snippets of overheard conversation, strange looking buildings, those quirky items on the news.

Or even in the middle of a field. 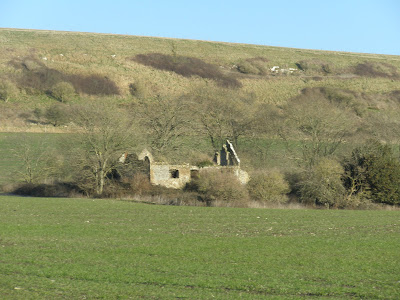 On the map this is marked as an old dairy. A walled enclosure and a ruined building, now wild with trees and brambles - a small oasis of history in the middle of a field of young rape. The old meets the new.

There are many stories here. We only have to look a little deeper.
Posted by Kate at 09:08 4 comments: Links to this post