The Truth about Stonehenge

There are many theories about Stonehenge. Was it a Neolithic temple? Or perhaps an astrological calendar? Did druids gather here to watch the sunrise on midsummer’s day? (Actually they still do.)

I, however, know the truth.

And I told it to my kids as we strolled around the perimeter. 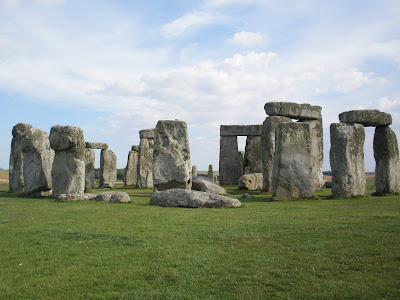 The rocks are in fact giant’s dominoes. They belonged to two young giants who were playing at lining them up on end and then sending them toppling. Sometimes they all toppled over but this time several remained standing in one of the swirls they had made.

But before they could pick them up they were called in to dinner – and it was their favourite – the ground bones of murderers in pesto sauce with spaghetti. So off they ran, forgetting to collect their dominoes.

Nobody knows why they never returned, but the stones have been here ever since.
Posted by Kate at 14:30 11 comments: 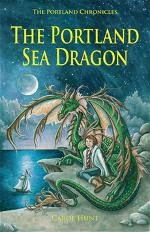 There's a sea dragon flying over Portland Dorset - a bad omen.When the dragon is accused of murder after the unexplained disappearence of Sally Lucke in 1616, only Isabel in 2011 can solve the mystery. So she sets out on a time travelling adventure. Along the way her cool friend Ben, annoying little sister Suzy, and Gregor, a scruffy collie dog with attitude, both help and hinder Isabel's search.

1. What inspired you to write The Portland Sea Dragon?

I moved to Portland in 2005. We lived on the West Cliffs of Portland, close to the sheer cliffs and in the path of howling gales. I was trying in some ways to make sense of our new life and find a feeling of belonging, but was also intrigued by Portland and its myths, legends and history. As well as this, the children encouraged me to write something about a dragon, based on stories I told them at bedtime. The dragon became very symbolic to me, both of our isolation at the time and of Portland itself.

2. How does a Sea Dragon differ from an ordinary Dragon?

My sea dragon is a peaceful creature, not as fiery as an ordinary dragon, and much misunderstood; a creature so ancient that it's difficult to grasp what he really is or how he thinks and feels. He also represents a quest for 12 year old Isabel, my main character, to find out more about herself and her family, as the sea dragon is accused of a murder that impacted on her 17th century family history.

In an interesting piece of synchronicity, the launch of The Portland Sea Dragon coincided with the discovery of the remains of a pliosaur, an ancient sea monster/serpent. Dragons and serpents are heavy with symbolism, which makes them fascinating to read and write about. I especially like the connection between the dragon and the rainbow, both of which are said to connect the earth to the heavens.

4. Roving Press normally publish local interest non fiction. How did you persuade them to add children's fiction to their list?

5. Could you tell us about your journey to publication?

I finished writing The Portland Sea Dragon by summer 2009, and had written most of 3 further Portland Chronicles. I always felt that Portland itself was one of the most important 'characters' in my story and that a local publisher was exactly what I was looking for. I dreamed of seeing the book in the hands of local children, who had inspired my story. I bought a copy of The Spirit of Portland by Gary Biltcliffe and realised that Roving Press, the publisher, was taking a new approach to local interest books. I emailed the first 3 chapters to them with a synopsis and luckily Tim and Julie Musk liked it!

6. So there is another book on its way. Can you tell us a bit about it?

My next book is called Enchantment of the Black Dog and will be launched for Christmas. Domini Deane, the local artist, is currently working on the artwork for the cover and map. It follows the adventures of Isabel as she travels back to the Civil War era (1642) and introduces new characters such as Ryder the surf dude and Rainbow the Southwell fairy.

7. What piece of advice would you give to the aspiring writer?

I think it's important to write something you're passionate about. Then let your potential audience read it and tell you what you need to do to improve your work. Children are great critics! Improving your work takes commitment and time; it took 3 years to write and re-write The Portland Sea Dragon.

8. Where can we find out more about you and your dragon?

I am on the Roving Press website at rovingpress.co.uk/PortlandSeaDragon and I also write a blog at carolhunt.blogspot.com, as well as two Facebook pages (one for Carol Hunt and one for The Portland Sea Dragon).

Thank you Carol, for stopping by and answering my questions.
Posted by Kate at 13:43 6 comments:

Email ThisBlogThis!Share to TwitterShare to FacebookShare to Pinterest
Labels: guest

At last I can tell you.

Those lovely people who organise the Yeovil Prize e-mailed me a couple of weeks ago to let me know that, not only have I got a Highly commended in the short story category with “Weedkiller” but my children’s novel – the one I cryptically refer to on here as WRRW, was also highly commended in the novel category.

As a result of this I am to be awarded with the Western Gazette award for Best Local Author.

This is the second time I’ve pulled off the double like this and received this award – last time was in 2008.

So as you can imagine there are going to be corks popping tonight.

I’ll be going along to the Booker Debate at the Octagon Theatre in Yeovil on the 7th October to receive my prize, so if anyone here is going to be there then let me know and I’ll look out for you.
Posted by Kate at 18:43 18 comments:

The Fate of 'Myth Making'

There comes a time when you finally realise that your much loved novel isn’t actually as good as you originally thought. So, with a tear and a fond farewell you consign it to “The-Box-Under-The-Bed”.

A few months ago this is what happened to my previous novel – the children’s adventure story originally titled Myth Making.

Two things led me to this decision.

Firstly the fact that, despite several requests for fulls, the agents concerned all came back with similar comments in the rejections.

And secondly I was nearing completion of WRRW, making the final pass of edits, getting it ready to send out into the big bad world and start the whole process over again.

I think this is why you should always follow the advice that while your novel is out on submission you should get on with writing a better one.

There were a number of fairly fundamental flaws in Myth Making and I’ll talk about these in blog posts to come.

But one thing to remember – although a novel may have been consigned to TBUTB the ideas a characters live on. One day they will return – in a very different story and a very different form – but they will be back!
Posted by Kate at 13:32 20 comments: 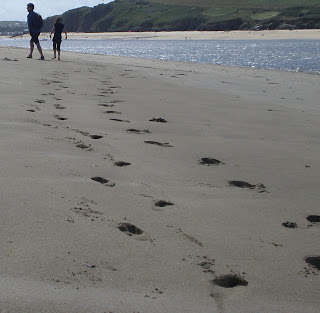 In order to celebrate this I thought I’d run a Follow-Fest - I’m going to point you in the direction of some blogs that I follow which I really enjoy but have yet to reach the magic three figures.

But first a huge cheer for my 100th follower I'm not entirely sure which one it was but it was either Roxy or Catdownunder. Thank you and welcome.

And now to the blogs. Do visit them and take a look, and if you like what you see why not follow them too. Maybe we can get one of them up to a century!

That Elusive Line: This is a really interesting blog that I regularly visit.

Sarwatchadda: I found this one recently and find it intriguing. These books are next on my wish list.

The Portland Sea Dragon: A new blog for a new author who has just had her first book published. Pop over and give her a warm welcome to the world of blogging.

The House of Burning Bras: I just love this blog – the anecdotes on here are simply hilarious! Go read and enjoy.

Ebony McKenna, a published writer from the Antipodes

Tales from the Computer Bank: Another fellow Sci Fi writer
Posted by Kate at 19:13 22 comments:

First of all a special hello to anyone popping across from Karen G's blog party.

Today's the day that my 13th short story is published. This little piece of horror is in Issue 2 of Dark Valentine, so pop across and download...and next time you sit down at a piano...

Oh and do check out the fabulous illustrations that go with my story!

There are other things I'd really love to blog about only I can't say anything yet, but if you pop back over the next couple of weeks I'll have some news for you.
Posted by Kate at 15:27 36 comments: