The Scribbling Sea Serpent: A collection of strange tales. 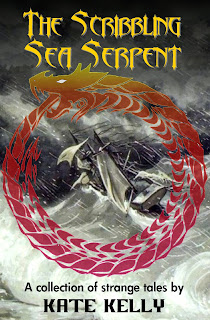 But that was not all I saw in the dying light of the falling flare, for the sea was more than an angry foaming mass of spray streaked waved and churning foam. The sea was moving in a different way…

We cannot resist the call of the sea
Enter a strange world where things are never quite what you expect, in this collection of science fiction and weird tales from Kate Kelly.
Ancient ruins, lost civilisations, alien visitors and restless ghosts; sinister technology, environmental disasters, dark secrets of the past and the mysteries that lurk beneath the ocean waves…
Available from.

A Time of Dying, Enter the Aftermath (TANSTAAFL Press) Feb 2018