Last week the first titles from Curious Fox were launched, and I’ve been following their progress with a great deal of interest.
The titles are:
Hyperspace High by Zac Harrison
(The first two titles in this series are now available – Crash Landing and Frozen Enemies)
When John Riley gets on the wrong coach, he ends up at an elite academy on an enormous space ship, where his classmates are aliens, the food is disgusting, and the penalty for failing exams is harsh. Can he show that he deserves a place at Hyperspace High? 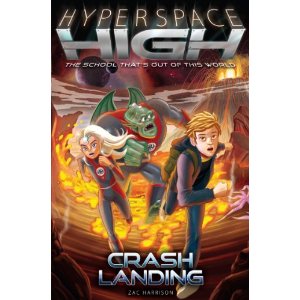 And
The Diamond Thief by Sharon Gosling
No-one performs on the circus trapeze like 16-year-old Remy Brunel. But Remy also leads another life, prowling through the backstreets of Victorian London as a jewel thief. When she is forced to steal one of the world s most valuable diamonds, she uncovers a world of treachery and fiendish plots, and makes friends with a policeman. 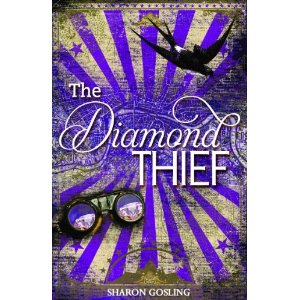 So far I’ve spotted the Hyperspace High books in my local branch of Smiths and I’ll be keeping an eye out for both these titles in various other outlets – such as my local Waterstone’s.

The Diamond Thief has been getting some very good reviews and appears to have generated quite a bit of online buzz – and with good reason – it’s a really good read.

Both books are available in print and e-book formats, so if you have kids who are looking for something new to read why not check them out.
Posted by Kate at 16:08

Email ThisBlogThis!Share to TwitterShare to FacebookShare to Pinterest
Labels: CuriousFox