During the summer break we took a trip north, and one of the places we visited was Cragside House near Rothbury, Northumberland – and what a fabulous feast of Victorian gadgetry and technology was waiting for us!

The house is stunning, surrounded by a truly amazing rock garden and extensive grounds. It was built by a very successful Victorian industrialist, engineer and inventor Lord Armstrong (inventor of the hydraulic crane) and his touch was all around, even though the astronomical observatory and laboratory were long gone.

Cragside was the first domestic house to be lit using hydroelectric power and to this day electricity is generated on the premises using an Archimedes screw. In the ancient world the Archimedes screw was used to move water uphill, but in this case the action is reversed, the flow of water from the burn being used to turn the screw which in turn runs the generator that provides electric power to the house. 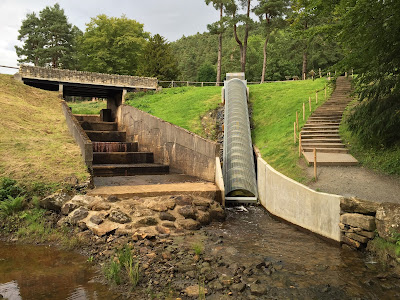 The gadgets and devices inside the house were equally exciting. The house was fitted with a lift which which was controlled by a hydraulic pump and in one of the rooms I found this wonderful example of an early Victorian electric fire. 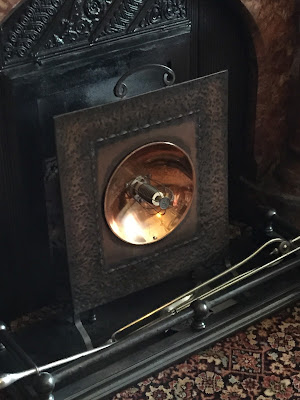 But my favourite was this – ever the practical man - the kitchen was fitted with a Victorian version of a dishwasher!
﻿ 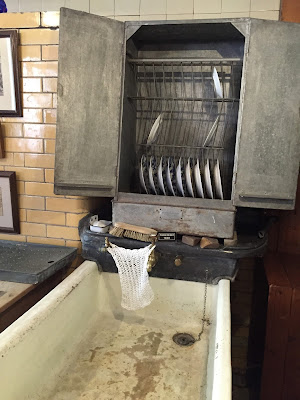 Cragside House is owned by the National Trust and well worth a visit if you are ever up that way.